Start a Wiki
Batman is a character created by Bill Finger.

When he was a little kid, multimillionaire Bruce Wayne was exiting a theater showing a Zorro movie with his parents, Thomas Wayne and Martha Wayne. Suddenly, a mugger crept on them. Thomas and Martha gave them everything they had on them, but it wasn't enough for the mugger. He grabbed Martha's necklace, and Thomas, wanting to protect his wife, rushed at the mugger. In retaliation, the mugger shot Thomas and Martha dead, leaving Bruce an orphan.

Ever since then, he has dedicated his life to fighting crime and the forces of evil, honing his mind and body to perfection, and using special tools such as boomerangs, shurikens, knockout gas bombs, a grappling hook gun, handcuffs and a taser. His arch-nemesis is The Joker. 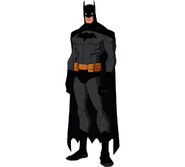 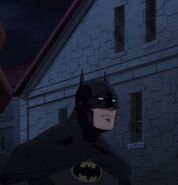 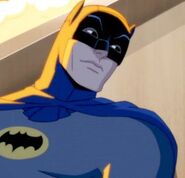 Add a photo to this gallery
Retrieved from "https://warner-bros-characters.fandom.com/wiki/Batman?oldid=12952"
Community content is available under CC-BY-SA unless otherwise noted.